Brief Reflections on “A Brief History of the Future” 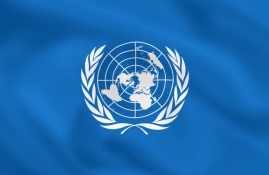 The ideas I began to work with in A Brief History of the Future have in some ways sharpened for me since I wrote it in 2009; in other ways, they have become more obfuscated and confusing.

My intention in that project was to draw connections between the narratives of European colonialism and the narratives of space travel in post-war Western pop culture. It was also to suggest that perhaps there is something unique about my own generation – children of the baby boomers – who are growing up for the first time in modern western history without the exciting narrative of an imperial frontier.

We are, however, growing up in the age of cyberspace – a frontier that is no less exciting or narrativized than its predecessors, but which lends itself to individualized narratives over collective or national ones. By contrast, the old physical frontiers of conquest were collective in their nature, and thus gave rise to nationalistic, collective, and traditional utopian narratives.

The same can be said for the extra-terrestrialist frontier, except that it engendered a stronger sense of a transnational, multiethnic brotherhood of man. In Star Trek, for instance, the identity of the heroes was consolidated around the common humanity of the people of earth, as their would-be national identities were counterposed against that of alien species. With a Russian, a Japanese man, and a black woman all staring in the show, its cast was remarkably diverse for its time – indeed, even by contemporary standards. This is not to suggest that Star Trek was not fraught with racism; it was. (Klingons were quite obviously coded as African savages; Vulcans, the vaguely oriental seers. And, naturally, the hero still had to be white.) Nonetheless, the implication was that national identity had been supplanted by an international sense of human nationhood that occasionally deigned to include model minorities, such as Spock. (On occasion, the tensions of this circumstance can been seen in the grudging comments of other benign aliens, who berate Starfleet as a self-righteous, anthropocentric policemen’s union.) Humans were the new whites.

Star Trek as such can be said to embody the liberal humanism of the high modernist era. The United Federation of Planets was, in fact, based directly on the United Nations. Their general assemblies have the same structure and a similar appearance. The Charter of the Federation borrowed from the UN Charter. Even their flags are almost identical: a equivalent globe ensconced by the classic nation-building symbol of the wheat sheaf.

Such collective narratives have since dropped off. Our own understandings of the future have become more difficult to parse, and it is clear that today they are centred around the individual rather than the social body. They lie buried within advertisements that offer something specifically to the stand-alone consumer wishing to distinguish themselves from the flock. By contrast to the collective nature of the colonial projects in extra-European and extra-terrestrial spaces, the hegemonic contemporary frontier – cyberspace – we enter definitively as individuals.

The death of collective social narrative over the past two or three decades can be seen as fundamentally undergirding the culture of neoliberalism. The historic myth of space travel deserves to be treated as a seamless extension of white colonial ideology. But it also bolstered an era of idealism. To be sure, that idealism was misguided and did little to preclude continued white-capitalist imperialism, but it is distinct from the cynicism that seems to pervade so many western governments today. The optimism of the age at least provided a platform for speculative conversations. Naive, and in many ways fascistic as high modernist utopianism was, it is clear that since the collapse of the liberal consensus of that era, popular culture has failed to transform our diverse identity politics into coherent social narratives of the future.

The contemporary modernist frontier of cyberspace has little room for broad projects of social betterment. Rather, the narratives of modernist optimism become atomized, more in line with the facile before/after narratives of product advertisements that guarantee  happiness to the individual consumer.

Unlike the old frontiers, cyberspace is a space that we enter as individuals and not as social entities. We become desperate to reconstitute ourselves within a community and to represent ourselves in ways that reflect our membership and locations within those imagined communities. But once those communities have been successfully established, it is hard to imagine where they might collectively go, or what they might collectively accomplish if they remain there in the ether. Unless we are talking about a specific start-up, cyberspatial communities will not be competitively accomplishing anything over other communities in the sense that the imperial nation might. Ultimately, then, corporations and individuals are the dominant agents within cyberspace – not nations or communities. The discursive basis for collectivist-utopian conversations therefore disintegrates the instant we invest our hopes and dreams in the internet.

None of this is to suggest that the internet has nothing to offer contemporary left-wing social movements; clearly it has much to offer. It is simply to state that we cannot win victories together if we only inhabit spaces of disembodiment; that contemporary transhumanist mythologies are bunk; and that in order to be effective, social struggle must take place in real life, by people using their bodies to reclaim public and private spaces, meeting in their living rooms and bars and cafés, and winning concrete battles against the institutions that dictate the parameters of what they can and cannot do with their bodies on a day-to-day basis.